Remembering the War to End All Wars

Now every April I sit on my porch
And I watch the parade pass before me
I see my old comrades, how proudly they march
Renewing their dreams of past glories
I see the old men all tired, stiff and worn
Those weary old heroes of a forgotten war
And the young people ask “What are they marching for?”
And I ask myself the same question

And the band plays Waltzing Matilda
And the old men still answer the call
But year after year, their numbers get fewer
Someday, no one will march there at all

Frank Buckles, the last surviving American WWI veteran was laid to rest today at Arlington National Cemetery. With his passing, WWI will fade from our national consciousness – this is profoundly unfortunate.

It is difficult to grasp the scale and horror of World War One. For a long time it loomed large. As late as the 40s and 50s, in fiction (in particular Joseph Kennedy’s Albany series and Robertson Davies Salterton and Deptford trilogies come to mind) as the young men return from the war, the middle-aged men who run things think back to their time in the trenches.

But ultimately, the “Big One” was lost in the history books between the Civil War, the Great Depression, and World War Two. It has no clear narrative. World War II had Hitler, an evil genius of monstrous proportions. The Civil War was fundamentally about ending slavery (a monstrously evil practice) and preserving the union. What was World War One about?

At St. John’s I became close to one of the tutors, the late Leo Raditsa. Descended from European nobility, he was a man from another time. At his memorial service someone remarked, “We all know where Leo is now and boy – I hope the angels are ready to study Greek!”

Raditsa told me how in turn of the century Europe there were about 100 intellectuals who knew everything and knew each other (his grandfather was one) and set the tone of intellectual discourse across the continent. I asked if this was a better time then our fragmented present. He shrugged in his inimitable way and remarked, “But they destroyed themselves.”

Turn of the century Europe was a beautiful, sophisticated civilization. The flower of European youth marched into battle with the Iliad in Greek and the Aeneid in Latin in their packs. And they were killed on a massive unprecedented scale.

World War II will always overshadow World War I, and for Americans the Civil War will continue to be central to our understanding of ourselves. But World War One, a profound example of the human capacity for folly and madness, has deep lessons for us and for all time.

None of this is to lessen the heroism of the doughboys. They were called to serve and they did so (and the United States attempted to steer clear of Europe’s madness). But the talent, youth, and virtue of a generation in Europe were squandered and this should be remembered always.

Also, this is a blog about terrorism. But it is worth putting this threat into perspective. Over 8 million were killed in “War to End all Wars” – the terrorists are bad, bad people but relative chumps by comparison. This generation is fortunate in its enemies. 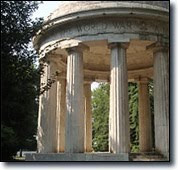 Finally – fix the World War One Memorial it is the least we can do to keep the lessons of history alive.