Dystopia: What if the US conquered Canada in 1812?

At the Sailabration, ships from around the world visited Baltimore in commemoration of the  War of 1812. I love ships and was like a kid in a candy store.  From the majestic sailing ships to the small working vessels I wanted to visit each and every one of them.But my favorites were a pair of Canadian warships, the HMCS Moncton and its sister ship the HMCS Goose Bay.They were originally designed as minesweepers so they have shallow drafts and could make it into the Inner Harbor.  The big modern warships were confined to the deeper waters at Locust Point.  I toured the Moncton.  It doesn’t carry missiles, but has a 40mm Bofors gun and a pair of 50 caliber machine guns.  It serves in a variety of capacities including sovereignty patrol (driving around the Arctic – not lightweight work) and drug interdiction.  The officer giving the tour pointed out the assault rifles secured by the bridge.  They are similar to the M-16, except that the trigger guard is removed so it can be fired while wearing mittens and it is specially manufactured to work in all-weather conditions as the ship could be deployed in the Arctic Ocean or it could be in the Caribbean Sea. 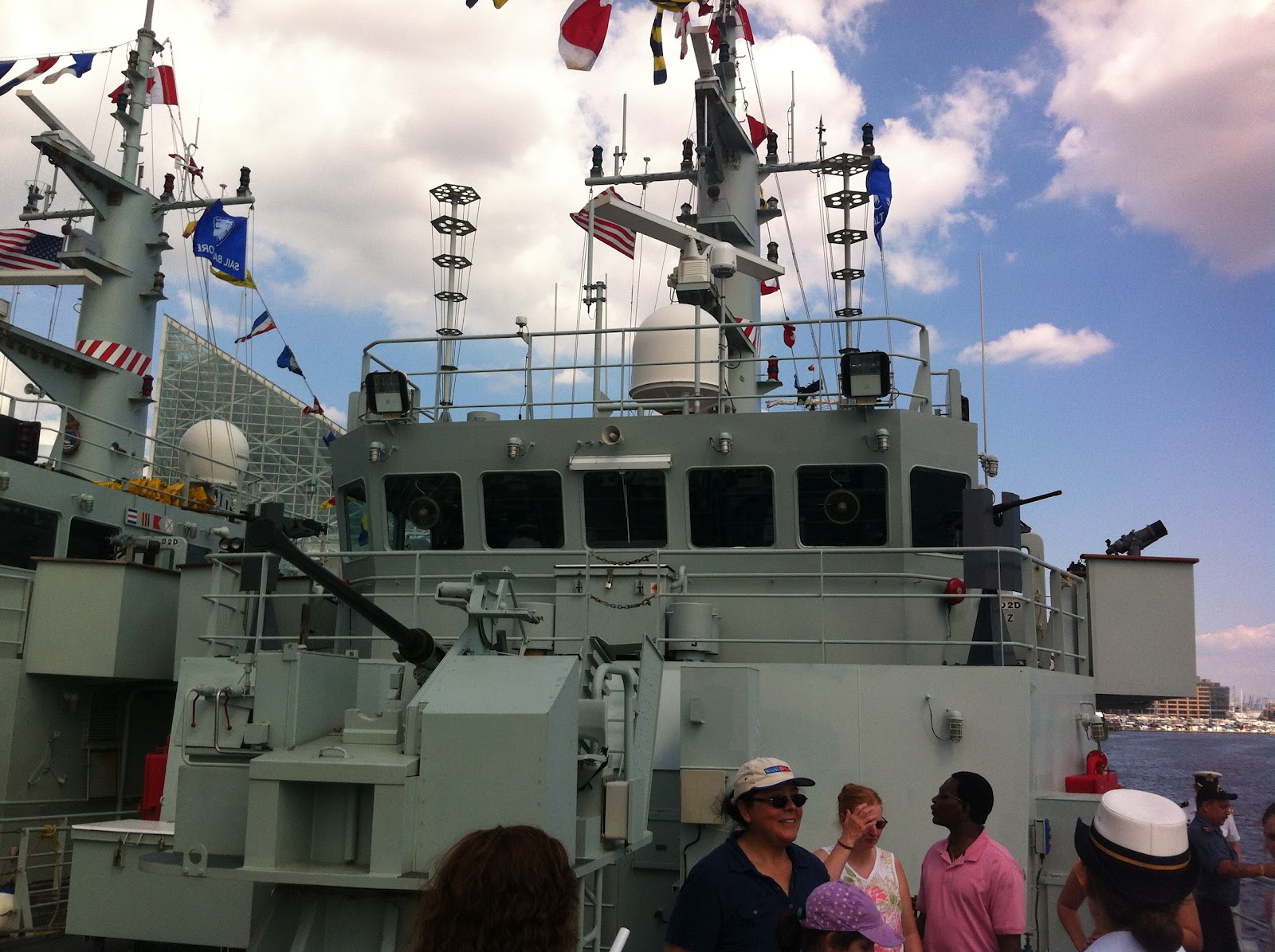 I mentioned to our guide that it was very nice that a Canadian warship could
visit a celebration of a war in which the US tried to conquer Canada – she was
very diplomatic noting that it was a less then flattering time for everyone and
it was a long time ago.

What if the US Had Really Won?

But this got me thinking about alternative history – what would have happened if
the United States had somehow prevailed 200 years ago and added Canada to its
domains?  Analyzing that possibility shows that the ambiguous outcome of
the War of 1812 was in fact good for the United States.  While it gave the British a bloody nose and
established that the US needed to be treated with respect – failing to take
control of Canada was actually a blessing.

The United States conquered the West on a relative shoestring, so that until
World War 2 the nation got by with only a modest military establishment.
However, the sheer physical geography of Canada would have required a far
greater military, which would have diverted resources from other needs.

The human geography was even more hazardous.  One of the reasons Andrew
Jackson exacted such harsh policies on the native Americans was that he was
worried that they would ally with foreign powers against the United States.
This may not have been a realistic concern, but If Canada were part of
the United States, it would have been.  The US would have been governing
substantial, hostile, European descended populations.  Not just the
Québécois, but also the Anglo population, a substantial portion of which had
fled the early United States out of loyalty to the crown.  This population
would have had access to technology, intelligence, and contacts in Europe.
It could then have allied with Native Americans throughout North America
and helped equip and train them.

This population would have enjoyed some important strategic advantages moving
about the continent.  In his Fields of Battle: The Wars for North America, Keegan notes
that the French enjoyed an advantageous position in the French and Indian Wars.
French scouts had reached far across the
continent, while the British forces had difficulty breaking out of the Eastern
seaboard due to the Appalachians.  Sheer numbers prevailed in that
conflict (there were over 2 million British colonists against about 50,000
French colonists.)  But post-1812, with
foreign support and the unhappy Canadians might have more effectively reached
out to native Americans throughout the continent and done a far more effective
job harrying the United States.

Further, for much of the 19th century, the British Navy effectively defended
the United States coast.  If the US conquered Canada, the British would
have been hostile rather then friendly/ambivalent and may have continued to
support unhappy populations under US control.  Finally, they might have
encouraged Russian encroachment in the far northwest and along the Pacific
Coast as well as Spanish/Mexican encroachment in the south and west.

It is possible the United States could have managed these challenges, but at
what cost.  Would the US have had the resources left over to build the
railroads and canals that fostered American economic expansion?  How would
large, disgruntled populations in the north have changed the confrontation over
slavery and state’s rights?

Happy Endings
These questions, thankfully, are moot.  Besides the geostrategic benefits
of NOT conquering Canada, the Canadian victory gave that nation the courage to
take its own path and become a capable and important state that has made itsown substantial contributions to the international community and humanity.
Although the US and Canada squabble, their relations are a model for
international comity and the thousands of miles of unguarded border are a sign
of hope that in the right circumstances peace is possible.  The United
States is a better country because of its northern neighbor and in that way;
the war of 1812 was a win-win.  And thus,
we can celebrate the war of 1812 jointly.