Forty years ago, Richard Nixon resigned from the Presidency. He was the first president to do so, and hopefully the last. In my studies of the presidency one of the fundamental questions is how much to attribute to the man, and how much to the moment. With Nixon, perhaps as much as anyone who has occupied the nation’s highest office, the man himself is front and center.
Although he served two terms as vice president, and his disgrace as president played a role in re-shaping the vice presidency, I didn’t write much about him for my dissertation. I had a draft case study about him, but chose not to finish it – he was not particularly influential as VP (I’ll discuss that below.)
But the big reason I didn’t write about Nixon is because one of the keys to finishing a dissertation is to avoid rabbit holes. A rabbit hole is an intriguing area of inquiry that is related to your dissertation, but tangential to your main theme. But you start poking into it and then you fall in

and can’t get out.

Iran-Contra was one such rabbit hole. I had to address it, but I couldn’t write a whole separate book about it. Richard Nixon was another. Once you start writing about Nixon, he is so fascinating, brilliant, and conflicted, and the events around him are so complicated that it’s easy to get sucked in and never, ever come out.
Nixon As Vice President
Nixon was not influential. Eisenhower, when asked about Nixon’s accomplishments famously said, “Give me a week and I’ll think of one.”
Eisenhower apologized to Nixon for that and stated that Nixon had been more involved than any previous Vice President. This may have been true (strictly speaking it wasn’t there had been a pair of influential Vice Presidents much earlier in U.S. history), but being more significant and involved than his predecessors was vaulting a pretty low bar.
He rarely exercised influence, although Nixon’s counsel on strictly political matters – particularly dealing with the Senate, was appreciated. My hypothesis proposes that Nixon should have been an influential vice president, since he served an outsider vice president. But this was not the case for several reasons. Eisenhower was an anomaly among outsider presidents in that he was not a governor, but rather had been a general so his outsider knowledge was on national security affairs. Further, as a national hero governing in a period of economic prosperity, he was relatively free of political pressures. No matter what Eisenhower did, his approval ratings were strong because of his personal standing. On many occasions Nixon offered Eisenhower practical political advice – such as supporting a hike in the minimum wage, or proposing aerospace programs  that would have helped Nixon in California in the 1960 elections. Eisenhower was a traditionalist on economics and didn’t need the political benefits of these policies, which his economic counselors advised against. 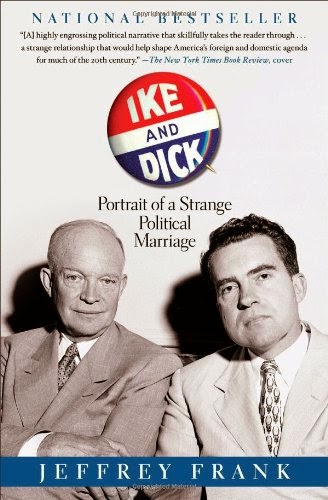