Suddenly everyone on them Twitters is talking about a coming civil war, based primarily on this expert assessment that is umm… meaningless. 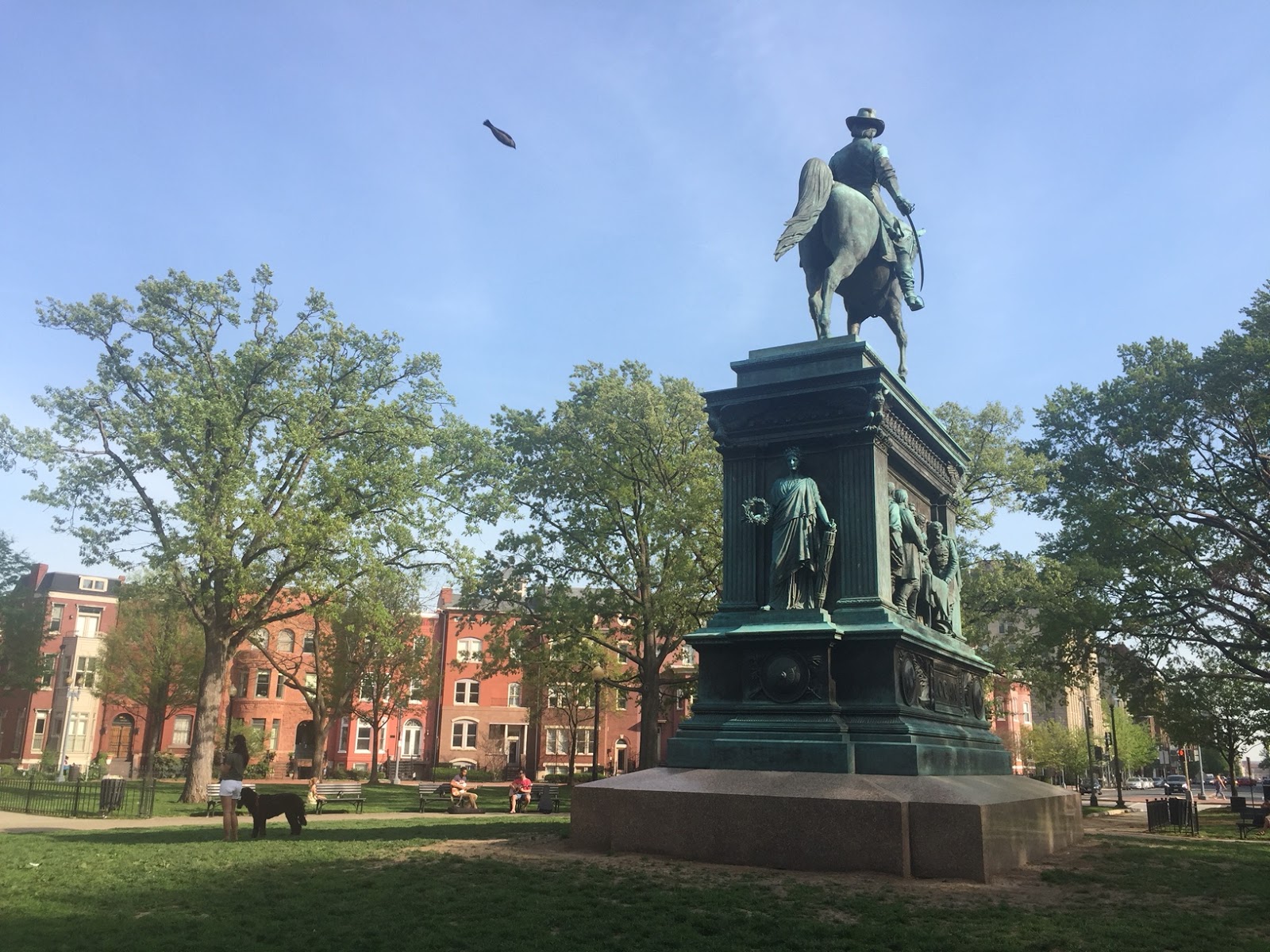 Memorial Day was, of course, started to honor the dead of the Civil War. It was established in great part due to the efforts of John Logan, a truly great American. He was a citizen-soldier, a war hero, and an accomplished politician. He founded the Grand Army of the Republic, a veterans group, after the Civil War and as a politician tirelessly advocated for the rights for freed slaves. I work near Logan Circle, where his Washington home stands and where there is an impressive monument to him. (He also ran for vice president.)

The deaths in the Civil War are hard for us to comprehend. Fully half of all of the Americans killed in war where in that conflict. Over 600,000 Americans died, from a population base one-tenth of todays. A new Civil War on such a scale would take six million lives. It would bring unfathomable horrors.

It was faced with the aftermath of these enormous losses, that Memorial Day (originally Decoration Day) was established.

We are nowhere near this. Not even close. (There are political scientists who specialize in Civil War who could, undoubtedly explain through comparative analysis why the U.S. is not heading into Civil War.)

The Civil War occurred because there was a massive, unconscionable crime that was irreconcilable with the core values of the American people. There were also powerful vested interests that would not compromise on the issue. The economy of the South relied on slavery – at least for the region’s elites.

Things feel and in many ways are awful now. But not Civil War awful. This is not to lessen the cruelties that are currently pervasive in our society. The monstrous policies towards migrants, the continuing institutional racism, and the growing income inequality leading to mass immiseration. But how is a Civil War appropriate or necessary to rectify this? Against and between whom?

One of the things that spurred this talk of Civil War was the August 2017 neo-Nazi rally in Charlottesville, VA. It was, of course, distressing and terrible to see Nazis marching in mass and the president’s mealy mouthed response only contributed to the feeling that our nation might break. But what has happened since? Many alt-right groups – under law enforcement pressure – began to implode and their leader is now begging for funds – without much success.

None of this is to say that things are going swimmingly in these here United States. By all means we should exert every effort to try to right ourselves as a nation. But the clear and vast injustice simply does not exist.

Political Violence in a Period of Creedal Passion
Interestingly, the original post that sparked this conversation specifically said, that they weren’t really thinking about a full on war. The post author wrote:

That is another story entirely and yes, that is going to happen. We are in a period of creedal passion, in which we try to remake ourselves in line with out values. Outlined by Samuel Huntington, periods of Creedal Passion are characterized by broad questioning of authority, in which privilege and hierarchy comes under attack, and even potential violation of norms comes under attack.

The last round was the 1960s, which had a bit of political violence.

There are numerous communities within the U.S. which feel that the nation is headed the wrong way and might turn to violence. We’ve seen it from the “alt-right” and there is certainly potential from the truly massive sovereign citizens movement. I would not discount the potential of violence from other vectors as well. The emotions stirred up in periods of creedal passion are powerful, and when that happens the disturbed radicals may feel that the wind is at their back.

Also, I believe that new gun control measures are coming. The NRA has won politically for a long time. But nothing is permanent. When those measures come, the vast majority of American gun owners will accept them. A few won’t.

None of this is a true Civil War, and frankly all of this violence in total will be a fraction of the appalling level of criminal violence our society already tolerates. But of course political violence, particularly if it has a spectacular element, has a way of resonating in the public imagination.

And therein lies the danger, not of secession. But rather that low-level violence further degrades trust, perhaps on a scale that it cannot be repaired.

Perhaps in the context Memorial Day is more important than ever as we focus on our deepest beliefs and how much so many have sacrificed for them.

Update: I just want to clarify this civil war thing. What if President Donny Two-Scoops is impeached. What then? Could that trigger a civil war? Seriously, Alabama (yea, I’m talking to you) would you secede for this guy? Would that make sense?


I remember during the 2000 election imbroglio reading the Egyptian press. They were convinced the U.S. was on the verge of a Civil War. But really, who would strap on weapons for Al Gore or George W. Bush. I think now is the same.

PrevPreviousTechnology, Risk and Facebook’s Dating Service
NextTisha B’Av and the Ruins of RomeNext