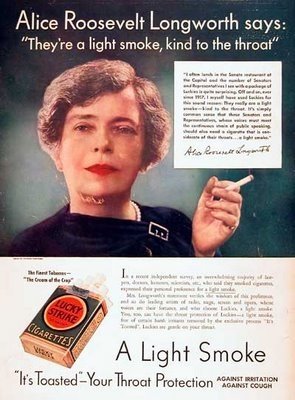 Ninety years ago today, Teddy Roosevelt died at his home in Oyster Bay. He was sixty. Besides the grim reaper, there were few forces that could contain TR’s energy. As VP he came face to face with two of them. Theodore Rex did many tremendous things in his fascinating life. He authored dozens of books, […]

At a New Year’s Eve party I was talking to a few friends in the kitchen. I saw my wife standing in the doorway, about to come in. Then she heard me say, “Vice President” and she turned around and walked out.

Joe & the King, Joe gets a Job

President-elect Obama has a truly unenviable task. Biden, however, has the luxury of following one of the least popular VPs ever. But maybe if he works at it… But it remains an open question what Biden will do. He has stated that he wants to be “Counselor-in-Chief.” An appropriate role, more or less filled by […]

So, Dick Cheney has been indicted – not by the ICC or Spain’s Baltasar Garzon (who has a thing for indicting international figures for crimes against humanity or by some other avatar of human rights. No, this indictment stems from Cheney’s holdings in a company that invests in for-profit prisons. Alberto Gonzalez, Bush confidant and […]

Agnew: The Rise & Fall of the Greek Veep

Thirty-five years ago a seminal event in the history of the Vice Presidency occurred. Spiro Agnew pleaded no contest to one count of income tax evasion and resigned from his office. In the speech (see the YouTube audio below) he refers to this resignation as insignificant in the context of America’s peace and prosperity. But […]

It is all too easy to fall into the Pundit trap, and attempt to provide instant canned insights. With a hot Vice Presidential race (that includes a hot VP), the temptation is overwhelming. But the point of this blog (and my dissertation) is deeper than that – it is using the Vice President as a […]

The real action today is over at Veep Critique where I assess the two Vice Presidential candidates and how the might fit into the national security process. An important question as we live in a complicated and dangerous world.

Covert Radio just posted a podcast where we discuss a number of topics. My perennials, FARC, Chavez, and Hezbollah, but also the implications of Russian moves in Georgia. We also spent a lot of time discussing my new hobby-horse, the Vice President and the national security process – for more see my other blog – […]

Checkout my new blog on the Vice Presidency

So I’ve started a new blog VeepCritique about the Vice Presidency, with a focus on the VP’s role in the national security process. Current events made now a great time to get it started. My first post examines the challenges facing McCain’s VP selection. The best President-VP relationships have been between DC-outsider Presidents and DC-insider […]